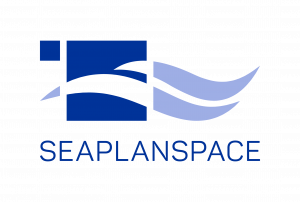 The University of Gdańsk is a dynamically developing institution of higher learning, and one that combines respect for tradition with a commitment to the new. We offer a very wide range of academic subjects, and an equally wide range of subjects that lead to professional qualifications in demand on the job market. An increasingly large proportion of students pursue their studies in state-of-the-art facilities on the University’s Baltic Campus, which is one of the largest university complexes in northern Poland.

The German branch ‘EUCC – Die Küsten Union Deutschland e.V.’ was established as an association (NGO) in 2002. Our main objective is to strengthen German activities within the field of Integrated Coastal Zone Management (ICZM) by bridging the gap between coastal science and practice. EUCC-Germany provides relevant information, consults and educates coastal practitioners, hosts workshops and conferences and runs demonstration projects. We further aim to raise international awareness of German ICZM activities. Our main office is located in Warnemuende on the coast of the Baltic Sea. The board consists of representatives from both the North and Baltic Sea coasts. Please feel free to contact us.

This site uses cookies. By continuing to browse the site, you are agreeing to our use of cookies.